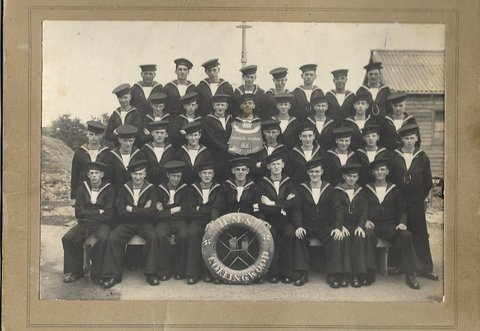 The pinnacle moment of World War II: the Normandy Landings. On 6 June 1944, the Allies landed over 156,000 troops. Robert Barnett and Greg Hayward were just two members of the British Armed Forces involved with D-Day – they remember their journey.

On the seventy- fifth year of the Normandy Landings, veterans across the world are preparing to show their respect to fallen troops from World War II during D-Day memorial events.

Robert ‘Bob’ Barnett and Greg Hayward were aged just 18 when they were called to serve in the British Armed Forces. After putting their life in the greatest of danger to protect the safe, secure, community we all inhabit now, the pair are preparing to mark their experiences and those of their comrades.

But first, we must return to Juno Beach.

It was on 14 July 1943 that Bob got called to serve in the Royal Navy. For Greg, after serving as an apprenticeship in the Royal Air Force, he was a fully trained aircraft instrument engineer – and, together, Bob and Greg joined thousands of young soldiers.

There were a multitude of events throughout World War II that would go down in the history books, with many young men serving on the frontline. However, to this date, Operation Overlord – or D-Day – was the battle that signalled the end of the War.

In military terms, D-Day is a general term for an operation which is top secret. This is exactly what D-Day was.

“The Normandy Landings were so secret we had no idea where we were going, on seeing the coast line, I believe most of us thought it was somewhere on the French coast,” recalls Bob upon  first seeing the shores of what we now know to be called Juno beach.

Across the beaches of Normandy, British and Allied forces landed on the 50-mile stretch of heavily protected and fortified French coast.

It was a sight many of the young men had never seen before – and one they would never forget.

“The Normandy Landings never leaves me, having escorted the landing craft to the Beach and seeing so many Canadians, some of my age lose their lives on Juno Beach,” continues Bob. “It was a feeling of helplessness, having dealt with an attack from the shore, once the troops reached the beach, we were not able to do more other than give them coverage from Air and Sea Attack.”

Operating a twin mounted Bofer Gun, used on the side of his ship, Bob witnessed  first-hand the impact of war.

With 21,400 troops landing on Juno Beach an estimated 1,200 Canadians lost their fight.

Bob solemnly remembers: “Here I experienced the devastation of war and the loss of life on the beaches and at sea. Even today I still see those faces on the landing craft as they passed alongside the ship, where some of us gave them the thumbs up, wishing them good luck as they headed to the beach, not knowing if they made it alive or not.They were the heroes in my book.”

In Greg’s Wing of the Royal Air Force, a delay in Forces capturing enough ground on the beaches and into Normandy meant he didn’t land on D-Day.

He says: “This proved to be the start of a journey that was to last for nearly a year, taking part in the liberation of France, Belgium, Holland and finally to the conquest of Germany.” During 6 June, into the following months and years, British soldiers and Allied occupied eight different landing grounds, a distance of over 550 miles.

As Greg and Bob continued to fight for the liberation, the experiences of the conflict echoed on past D-Day.

From June through to October, Greg and his comrades found themselves in Antwerp in a former civil airport and Luftwaffe base (where the German Air Force were formerly based).

The British had liberated the city in September, pushing the Germans into Holland, and it wasn’t long before the Germans began a counter attack.

“This was unfortunately the target of a sustained bombardment from German V1 and V2 weapons,” explains Greg of his experiences during their time in Antwerp. “This bombardment lasted the four months of our stay and resulted in casualties among the ground staff. Caused by hits of V2 rockets on air eld dispersals and off duty personnel attending the local cinema which received a direct hit of a V2 rocket.”

Working on a Hawker Typhoon fighter bomber during the War, Greg – and Bob – fought valiantly.

Although many people lost their lives during the six-year long War, D-Day was the start of the liberation and celebration for the veterans involved is imperative.

On 6 June 2019, veterans from across the world will come together to celebrate the most remarkable wartime events to date. Bringing veterans back to Normandy, The Royal British Legion have chartered a ship to take 300 veterans on a fully funded tour.

Bob and Greg, who are now 93, will be participating in the journey. Feeling an immense sense of pride in the work The British Legion have put into the trip, Bob says:

“It is  important we remember the men and woman who have fought for this country. Not only in the Two World Wars, but the Wars we have been involved in since.”

And Greg agrees: “It is important that those who gave their lives on D-Day and beyond are remembered as being sons and brothers of a generation that faced up to the greatest threat of the 20th Century, and conquered.” 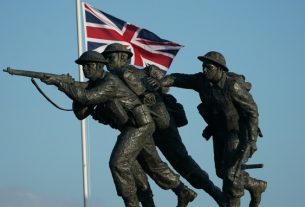 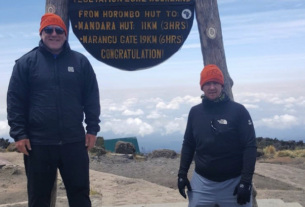 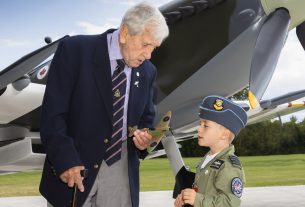