Today (27 October), the Department of Health and Social Care have announced the launch of dedicated suicide bereavement support across England.

Tailored support will be made available to people, following the suicide of a relative or friend.

The personalised services will be rolled out across 10 regions in England as part of a £940,000 investment.

The support will be made available to anyone in England in the aftermath of a family member of friend dying by suicide, and will offer practical and emotional support.

Support will include one-to-one sessions with trained volunteers and counsellors, group support and signposting to specialist mental health services.

The announcement comes following the release of statistics showing that nine per cent of people affected by suicide also attempt suicide, and eight per cent will drop out of work.

"The more you get used to talking about your feelings, when you do get difficult feelings they're a lot less threatening"

Our fab supporter James on how talking has helped him manage his mental health. @AudibleUK | #WorldMentalHealthDay pic.twitter.com/dk4aygLB33

In South West London, a designated suicide bereavement liaison officer will be appointed, who will receive referrals for support from police and health care professionals and will proactively contact the bereaved to offer one-to-one support.

They will do this by providing a crucial link during inquests as well as being able to provide longer-term support at key points, such as one year later. It will also be possible for people to self-refer into the service.

For immediate support in the aftermath of a suicide, charities such as Samaritans, SANEline and Mind can offer advice and help. 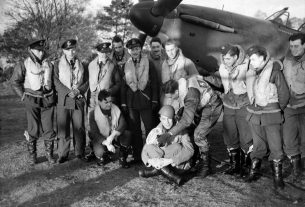